Home / January FOMC Meeting: A pause, but (probably) not the end of tightening 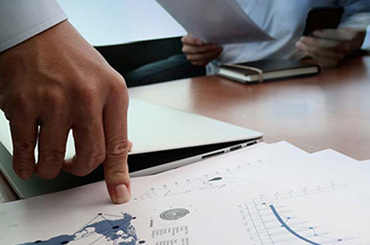 Leading into the Federal Open Market Committee (FOMC) decision, Chair Jerome Powell and many of the regional Federal Reserve (the Fed) bank presidents had unanimously expressed support for a pause in the Fed’s tightening cycle. Even Esther George, from the Federal Reserve Bank of Kansas City, advocated for a patient approach to monetary policy in her speech a few weeks ago.

In a press conference following the conclusion of the FOMC meeting, Powell stuck to the script and emphasized the Fed is waiting patiently to see how the economy evolves. The January statement removed the reference to further gradual increases, scrapped the central bank’s assessment that risks to the economic outlook are roughly balanced (hinting that they are skewing slightly to the downside now), and noted that inflationary pressures are muted. Translation: the Fed is on hold until at least June. The battery of dovish tweaks to the Fed’s guidance was enough to lift U.S. equities in the minutes following the announcement.

The cause for the pause: Downside risks

It’s important to remember that the cause for the pause is most likely about emergent downside risks to both the U.S. and global economic outlook. While the Fed still expects a strong economy in 2019, the recent volatility in financial markets, the slowing in global growth, and sharp declines in measures of U.S. consumer and business confidence have all eroded the central bank’s conviction in that baseline somewhat.